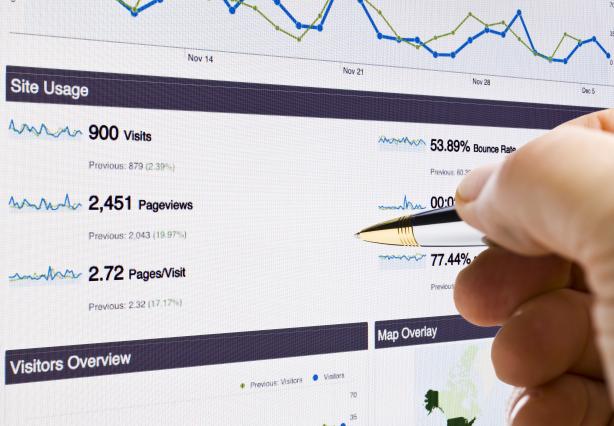 It’s difficult to quibble with the aim of improving the quality of online content and discouraging dubious SEO practices, such as link spamming. However, as well as targeting the bad and the ugly of the web, some of Google's updates have also hit some of the good. Google’s efforts in these areas (notably the Panda and Penguin algorithm changes) have allegedly had some unintentional and undesirable effects on honest and legitimate online businesses. It has been claimed that Google sees these as ‘collateral damage’ in the fight against spam and low quality content.

Let’s begin with a couple of non-secrets. Firstly, it’s widely known that Google updates its search algorithm about 500-600 times a year. Secondly, while most of these changes are minor, causing merely a few ripples in the pond, occasionally major updates like Panda and Penguin come along and create something closer to tsunamis for online businesses.

Take Panda, for instance. It was originally referred to as “farmer” when it launched in 2011 because it was aimed at content farms (sites laden with poor quality content), which were ranking highly in Google’s search results as a result of nefarious SEO tactics. There were winners, to be sure, including content-rich sites with regular updates like YouTube and Wikipedia. But hundreds of other sites, big and small, were soundly hammered and simply dropped from view.

Early casualties were sites like Suite101.com, HubPages.com, EzineArticles.com, AssociatedContent.com, Squidoo.com, Examiner.com, Mahalo.com, and Buzzillions.com. Once hit, many sites have struggled to meet Google’s requirements and regain anything like the visibility they enjoyed before being clobbered by the Panda’s paw, despite what they see as strenuous efforts to comply. Some, as SearchEngineLand.com reported in February 2013, have ceased to exist, while others have totally changed their name and/or business model. The consequences for those affected have not been minor: Demand Media, for instance, emerged relatively unscathed initially. Yet it had suffered a $6.4 million loss by Q4 2011, a loss that they say is directly attributable to Panda (1).

When Penguin waddled onto the web in 2012, innumerable websites were affected and suffered massive drops in ranking. This is not to say that Penguin wasn’t needed: spammers and black hat SEOs (those who violate the Google Webmaster Guidelines) had developed highly manipulative strategies for creating backlinks aimed at boosting their rankings in the search engine results pages (SERPs) and the results were suffering.

But were the effects always directed at the right people? Many online businesses trust third party SEO firms to handle their search rankings for them. There is no such thing as a Google-accredited SEO firm, so, for many businesses, the decision over which company to go with was a wild guess. Before the Penguin link filter started blitzing link spam, it wasn’t that unusual to find SEOs adopting aggressive link-building strategies – sometimes using software to automate the process of creating thousands or even millions of links. They were also buying links from authoritative sites, because it worked, and Google seemed to be turning a blind eye, maybe choosing to focus more on revenue generation than refining the natural results. However, many of the businesses that used these external SEOs were clueless about optimisation strategies and could hardly be said to have been directly culpable.

A vivid (and painful) example involved digital marketing expert Patrick Hathaway in 2012 (1). The company he worked for (Ideasbynet) suddenly received a message through Google Webmaster Tools informing them that they had ‘artificial or unnatural links.’ Basically, this is like an online catering vendor receiving a backlink from a dodgy site booby-trapped with malware and ostensibly selling Viagra – the discrepancy between the two sites looks suspicious. Upon checking, Hathaway found that some of the sites that were linking to them were seriously bad. Google considers ‘bad’ sites to be those just mentioned, which are often interlinked into 'bad neighbourhoods,' or sites that have poor quality content and/or low trustworthiness. For instance, aggregator sites that suck up content from other online sources, often without permission, and provide no original content. The company took a massive hit overnight, with rankings plummeting from the first SERPs down to page 5 or 6, along with a nosedive in traffic.

As with many online businesses, Ideasbynet had paid an external agency to handle its SEO. They had been benefitting up until Penguin ravaged them, but they did not keep their eyes on the backlink ball. There were links coming from dubious sources, such as article submission directories, link exchanges and so on. The company decided to clean up its act but, as anyone who’s tried to do it quickly has discovered, this is no simple task. For Hathaway and his colleagues, this involved spending huge swathes of time finding contact details for each site, and then finding that most of their emails were being ignored. A fair proportion of the sites had been abandoned, and many had no contact details at all.

After countless hours of labour, Hathaway and his colleagues submitted a reconsideration request. The upshot? Google’s Search Quality Team did a check and still found that the site contained links violating its quality guidelines.

Hathaway quickly found that getting every bad link down was virtually impossible. Moreover, the time and effort involved in link removal was preventing the team from producing good quality content – making it more at risk of being clobbered by Panda (the filter aimed at penalising poor or thin content by pushing sites deep into the darkest recesses of the SERPs). At the time of writing this article, despite intensive efforts to remove bad backlinks and produce high quality content relevant to the site’s consumers, Hathaway’s site is still being shunned by Google and remains in the dark about what Google wants.

Hathaway’s experience is far from uncommon. Panda 4.0 (actually the 26th update of the filter) hit not only low quality sites but also delivered body blows to some real heavyweights, like eBay and Ask.com (eBay is said to have lost 80% of its organic rankings). If big players with the resources to pay for the best SEO can be hit, SMEs are incredibly vulnerable. For something that’s supposed to be the equivalent of a smart bomb for bad content, Panda seems to have left quite a bit of collateral damage in its wake. Earlier in its history, it plunged highly respectable sites like the BMJ (British Medical Journal), PR Newswire and Cult of Mac into rankings darkness.

No one is suggesting that the project of improving content and discouraging dubious practises is a bad thing. But a little forewarning of changes might help unsuspecting businesses circumvent penalties by checking their sites carefully and eliminating targeted practices or content. Prevention is better (and less painful) than cure. 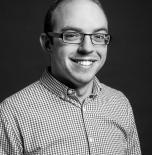 Daniel came to Search Engine Rescue after an eclectic start in newspapers and publishing.

He works across all aspects of our recovery service as our Forensic SEO Consultant, and has a particular expertise in content, content-based penalties, penalty diagnosis and non-penalty search engine issues.

He drinks too much coffee – “it’s only my fifth cup, it’s helps me focus on this Forensic Audit” – and obsesses over the latest gadgets – frankly even the bad ones.

Does your site need fixing?

Need some advice on fixing a penalty or other search engine problem?
Get in touch!